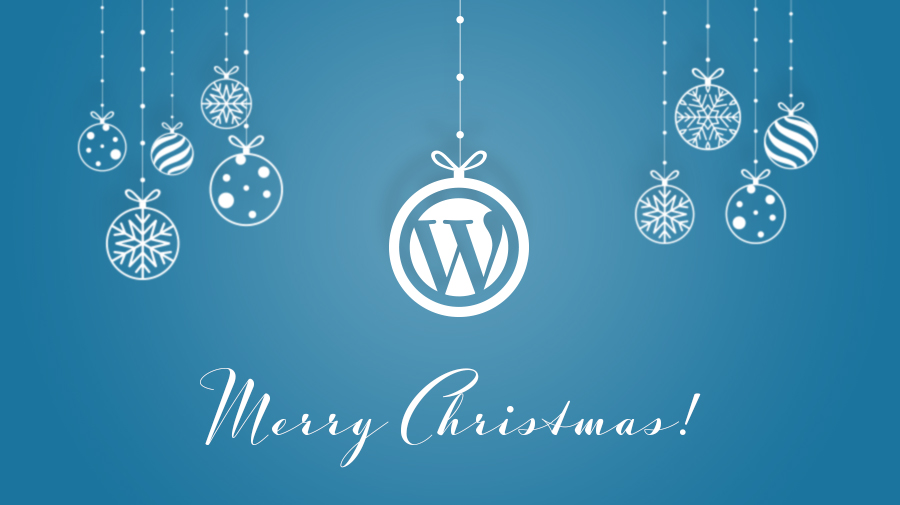 If you take a walk outside your home, you’ll see that it’s beginning to look a lot like Christmas. If you’d like an early special gift from Santa this year, make sure to request a WordCamp event ticket, and who knows, you might find one in your mailbox the very next day (ho-ho-ho, or buy it yourself to make sure you participate and send Santa the bill).

Here are some of the WordCamp events you can attend in December:

Most people remember Greece just when summer season is around the corner. Greece is a wonderful place to visit, and people are very kind and welcoming.
The event will take place at the Thessaloniki Concert Hall, where 16 speakers will share with us their experiences and knowledge.
Some of the topics that will be covered during this event are: development , design , e-commerce, multilingualism, support, marketing, legal issues, the WordPress community (and others).
Here are some of the speakers attending this event:
Nikolas Giannopoulos – Lives and works in Corfu and is a graduate of the Polytechnic School of Informatics & Telecommunications of the University of Western Macedonia (2007-2013). From 2012 to 2015 he worked as a full stack web developer while at the same time as a freelancer he developed his techniques in Product Design & Development, User & Customer Experience. From 2015 to today, he has been involved in the creation and foundation of Konnect, Motivar, Wibee brands with a total of more than 200 customers in Greece and abroad.
Alexandros Kounas – He is 26 years old with studies at the Department of Informatics of the University of Athens. He has been working as a developer for the past eight years while WordPress entered his life about two years ago. He is passionate about the good code and the challenges that arise and he has to deal with. It has “obsession” with perfection and emphasis on detail. She loves beer (weiss preferentially) and plain coffee. He is willing to help and likes to share his practices with new developers.
Naomi Kolomoytseva – Born in Ukraine and at the age of 14 she came to Greece. Changing the environment, as well as learning such a demanding language as Greek, made her set goals from a small one and try hard to achieve them.
In 2012, he completes his studies in Applied Information Technology in Economics and comes to the market with the aim of creating his own business, and he succeeds in doing so. In 2013, he founded Be Digital, a web development agency until 2015, who knows WPMU DEV , and everything is changing.
As a member of a team of a leading company in her field she learned that she wants a lot of work to climb up but still more to stay there.
Naista owns the Rock Star support post at WPMU DEV and will be happy to explain what this means and how it works.
Gerasimos Tsialos – Has been working on web design since 2001. In 2007 he came into contact with WordPress and in 2012 he joined the site of premium WordPress themes as a co-founder of CSSIgniter.com . In his spare time he deals with the extension / maintenance of his small collection of old computers.

When you think of Nepal, you imagine the beautiful nature and mountains and different culture. If you haven’t been there before, make sure to add it to your traveling list.
The event will take place at Hotel Asiatique, Biratnagar, Morang, Nepal.
Here are some of this speakers for this event:
Salma Noreen – Working as a freelance WordPress web developer since 2010. In 2011, she discovered freelancing platforms and immediately got carried away with the idea. And, now she is a top individual freelancing profile from Pakistan on freelancer. com She always wanted to spread the knowledge that she has and for that matter, she has have been trying to make efforts from the very beginning. But her big moment came in 2017 when she joined eRozgaar as a non tech trainer. Through their platform, she has trained students in Rawalpindi and Attock about Freelancing & WordPress and Alhamdulillah because of her talented students, she was awarded ‘Best non tech Trainer’ award in early 2018.
PRITHU SINGH THAKURI – CEO and team lead at one of the fast growing WordPress online resources websites – WPAll Club based in Nepal. Along with her few colleagues, she writes contents, online promotion plans, SEO plans and makes strategies to put WPAll Club at the top of WordPress content business. Sometimes she also writes for AccessPress Themes, 8 Degree Themes, and a few other theme stores. It has been a couple of years that, she started loving WordPress and working on it as a career. She still believes that she is learning and exploring many aspects of WordPress, SEO contents, online and social media promotion etc. Besides WordPress she loves traveling, reading books and browsing new things/ideas on the internet.
MADAN PANTHI – A WordPress developer and a student of Information Technology. He started WordPress as a passion and later building a career in it. He has been working in WordPress for about three years. He loves playing with codes, learning new technologies, and turning coffee into code. He is actively working with WordPress Community and organizing and facilitating different workshops on WordPress. He loves open source software and serving the community.

If you participate in any of these events, make sure to share your experience with us in the comment section below-ho-ho.

Latest posts by Admin (see all)